Have you ever dreamed of a world that is different? Where life is celebrated with enthusiasm and where the simplest things are enjoyed and looked upon with fascination? That’s where the brothers Stachamoose come from. They have traveled far and wide, bringing strange and wondrous things they have gathered along the way. This theatrical delights from the intrepid Stachamoose brothers are admired by many, These suspiciously similar-looking brothers display an energetic mix of physical comedy and manual dexterity using a nicely balanced blend of mischievous humor and accomplished puppeteer skills. Some special guests from the audience provides us with our local family members, after all were all related! And it was as nice a slice of surreal humor as you’re likely to witness. Come join us for a while. Who knows? Maybe there’s a Stachamoose in you too!

Age | all ages
Duration | 55 minutes
Performed by | Your Man’s Puppets
This show is suitable for a large audience and is mainly performed in theatre settings, but it is adaptable to other. 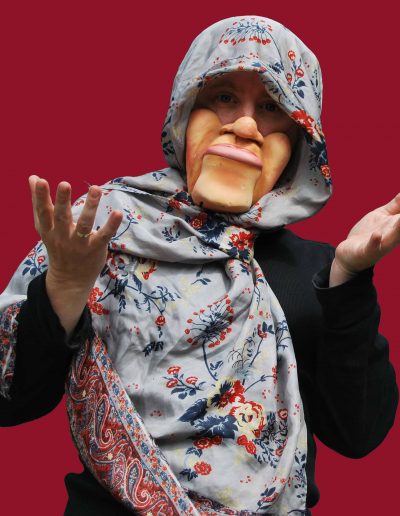 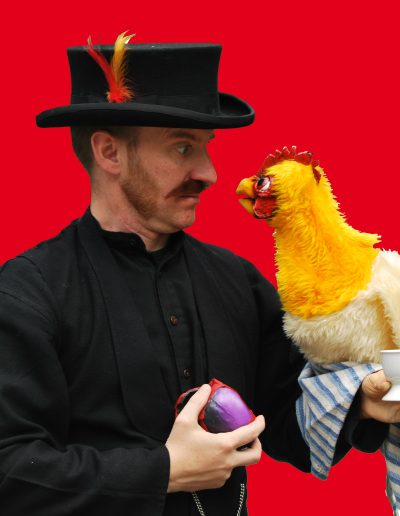 This is one of my favorite shows to perform as it was born out of the idea, what makes me laugh. I had an idea for a circus show but I was having problems trying to get all I wanted into it.  Starting as a one man show  I found in the character I was playing very different personalities, it was only when I was buying a hat for the show I came across another, so I bought two different hats one for the show and one I thought I would use somewhere down the line. That night I awake “there is two of them, two hats and two brothers” and so the show was born. Once there was two brothers everything else seemed to find its place. The serious brother did the serious stuff and the silly brother did the silly stuff.
The two brothers love their work but also miss family and the land from which they came, but also they show that we are all the same underneath everything we like to laugh and dance.